IN BETWEEN BLUE WAVES AND GREEN CORRIDORS

Project in collaboration with Hans van Houwlingen, Koen Kievits, Mirjam Linschooten, Jack Engelbrecht, Bram Kuipers and students from ARTEZ Arnhem.
In 2017, the Municipality of Arnhem plans to demolish the iconic Arnhem environmental artwork Blue Waves by artist Peter Struycken, to make way for a new park-like interior within its Creative Corridor or Green Corridor project. Several parties are active who either support or want to prevent the demolition of the artwork. The set-up of Between Blue Waves and Green Corridor is to make the context in which this development takes place visible and tangible in a comprehensive video installation. The central question is how Dutch cultural heritage relates to the interests and responsibilities of its users and owners. What does cultural heritage mean, what is its value and who determines it? In short, what factors and actors determine the fate of cultural heritage?

Between Blue Waves and Green Corridor started in 2018 as a temporary workshop with art students from BEAR fine arts, the bachelor's program of ArtEZ, in which a research project was set up independently of the academy. This grew into a two-year study by an independently operating team of young artists, the ArteZTeam. From several hundred hours of interviews with politicians, historians, local residents, schools, commercial companies, lawyers, heritage institutions, architects, art institutes, art lovers and art haters, one conclusion can be drawn: Nobody knows exactly the rules and codes of conduct with which public art as cultural heritage must be treated. Are there any at all? Experts have more questions than answers. Stakeholders randomly collect useful arguments to their own benefit. The video recordings indicate a spectacle of opinions and assumptions, mostly from an evidently opportunistic nature.

Usually a work of art moves within a variety of conventional institutional, cultural, economic and political frameworks. In this project the roles have been reversed: these frameworks play the main role and move within the context of the artwork, Blue Waves. All the actors we know as creating conditions - those who judge and guarantee art - are themselves protagonists in an inscrutable drama: that of the "culture" in which cultural heritage is prayer. Above all, the interviewers themselves - the young artists who also consistently filmed themselves - implicitly outline the contours of a new vulnerable generation in a hardened politicized artistic climate. This group of artists managed to play a crucial role of significance. 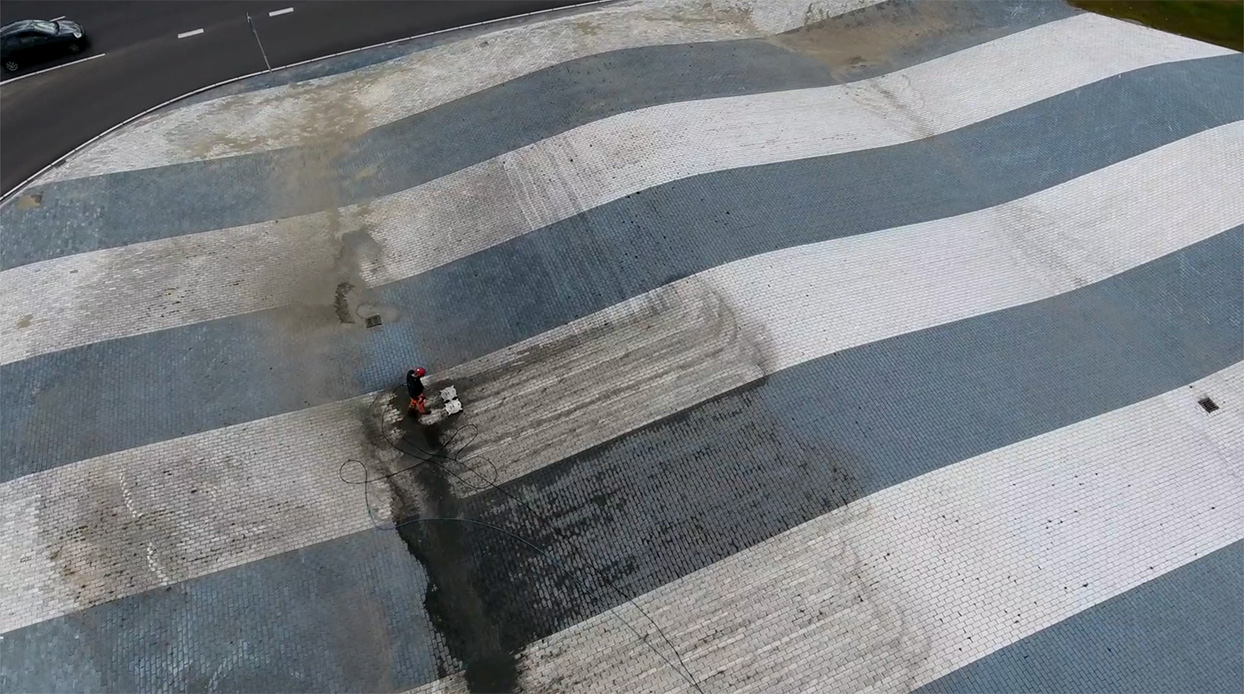 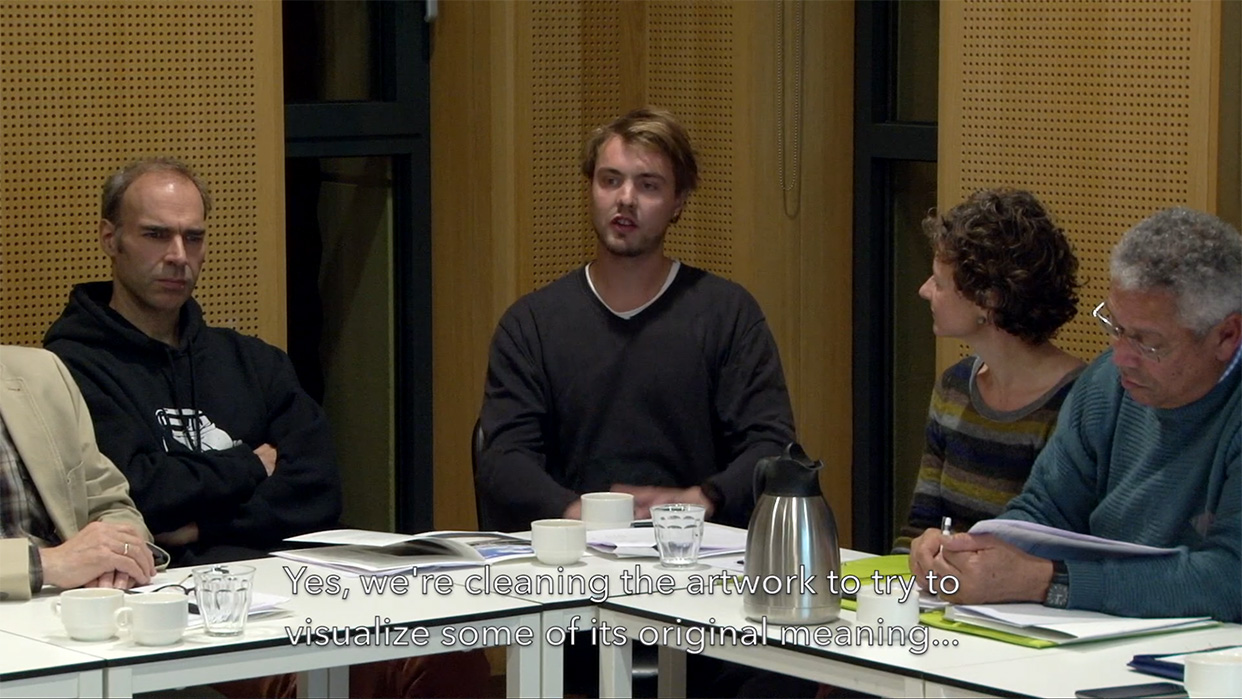 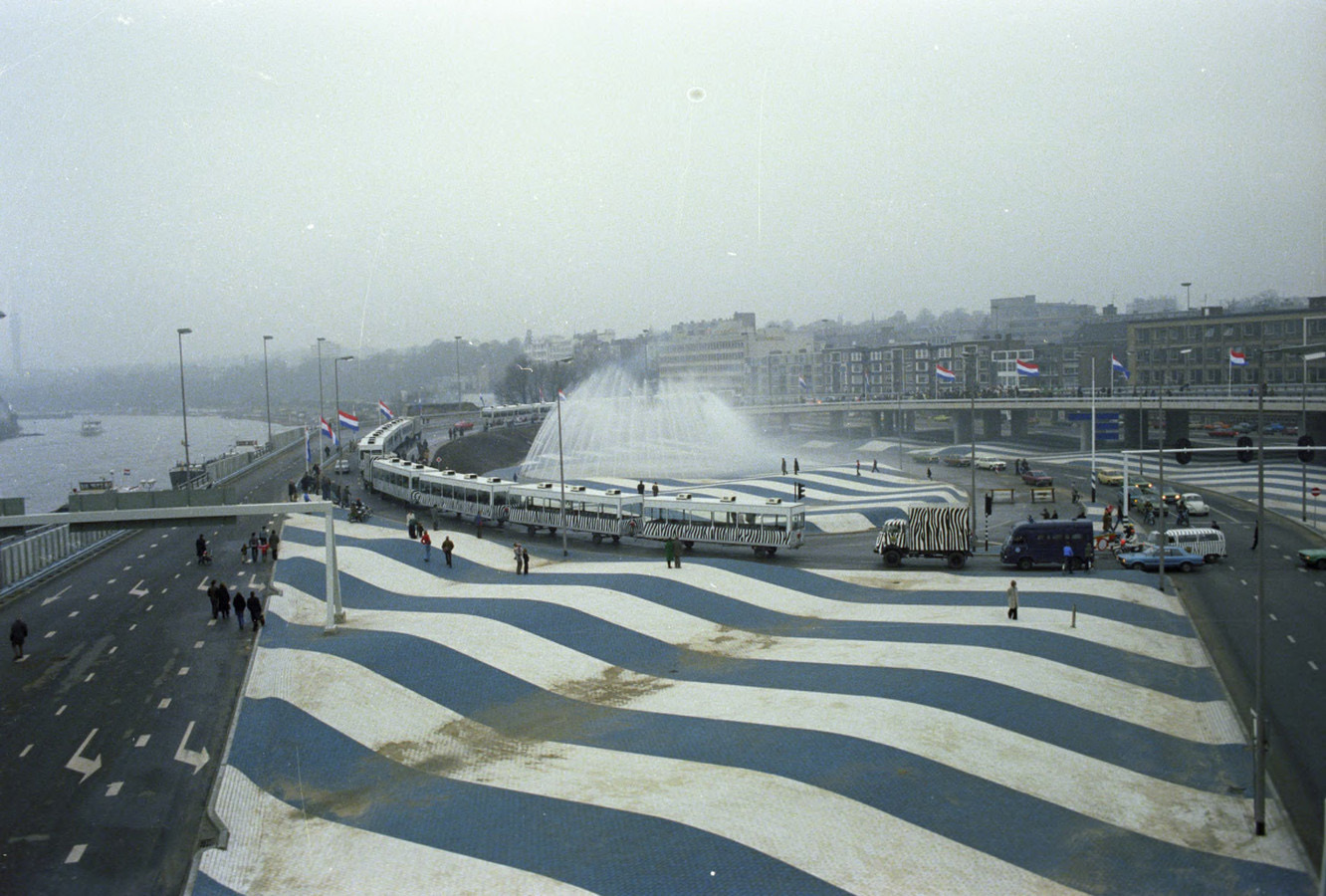 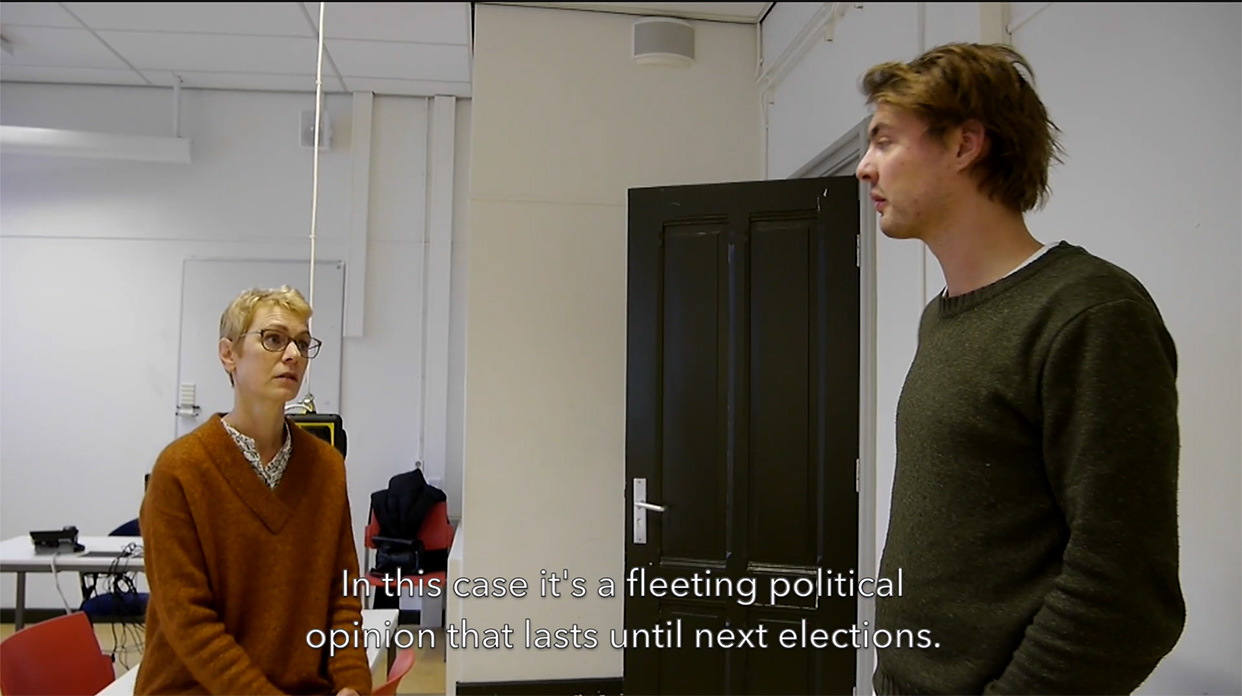 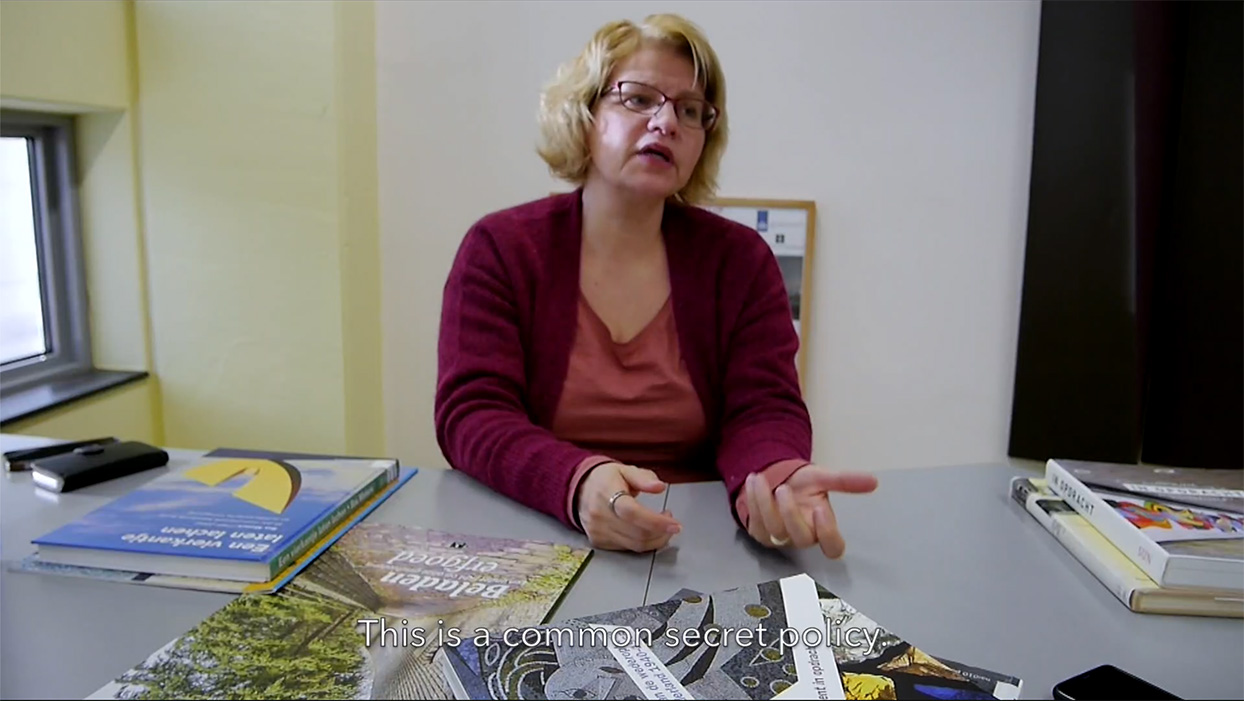