Early one morning I found myself on a construction site, working in the street shoveling a Zen garden. Scraping the lines into the partly very solid ground demanded focus and concentration, otherwise they would have ended up crooked. In the moments when my thoughts carried me away, I worried about not getting finished in time and feared the arrival and possible confrontation with the construction workers. They finally appeared when I still had some way to go.

It felt like I was on a stage, wrapping up the last preparations before the play, while the audience is already present. The arrival of the huge truck delivering bricks announced the end of my time there. They asked no questions about the carefully leveled sand, tidy circles and lines I had made on their work surface. After the initial confusion of their arrival settled down, they began to prepare all their tools methodically, installing a wooden mini pallet in the sand and began loading it up with bricks. They started throwing the bricks between the three of them, the heavy stones flying in an aerial dance, their movements were fluid, precise and highly concentrated. In the end their appearance enriched the project. Their practice is actually very close to mine; we just used the ground differently. 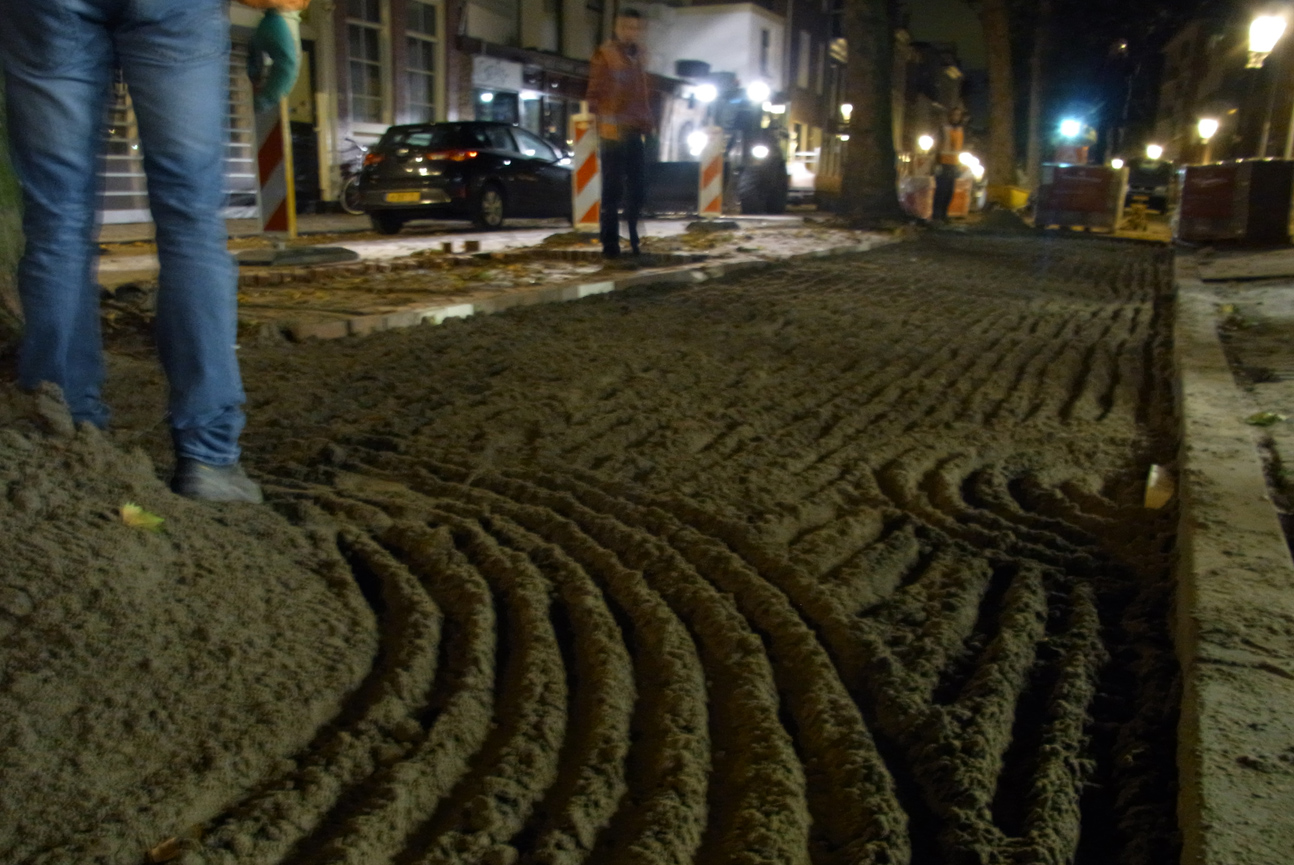 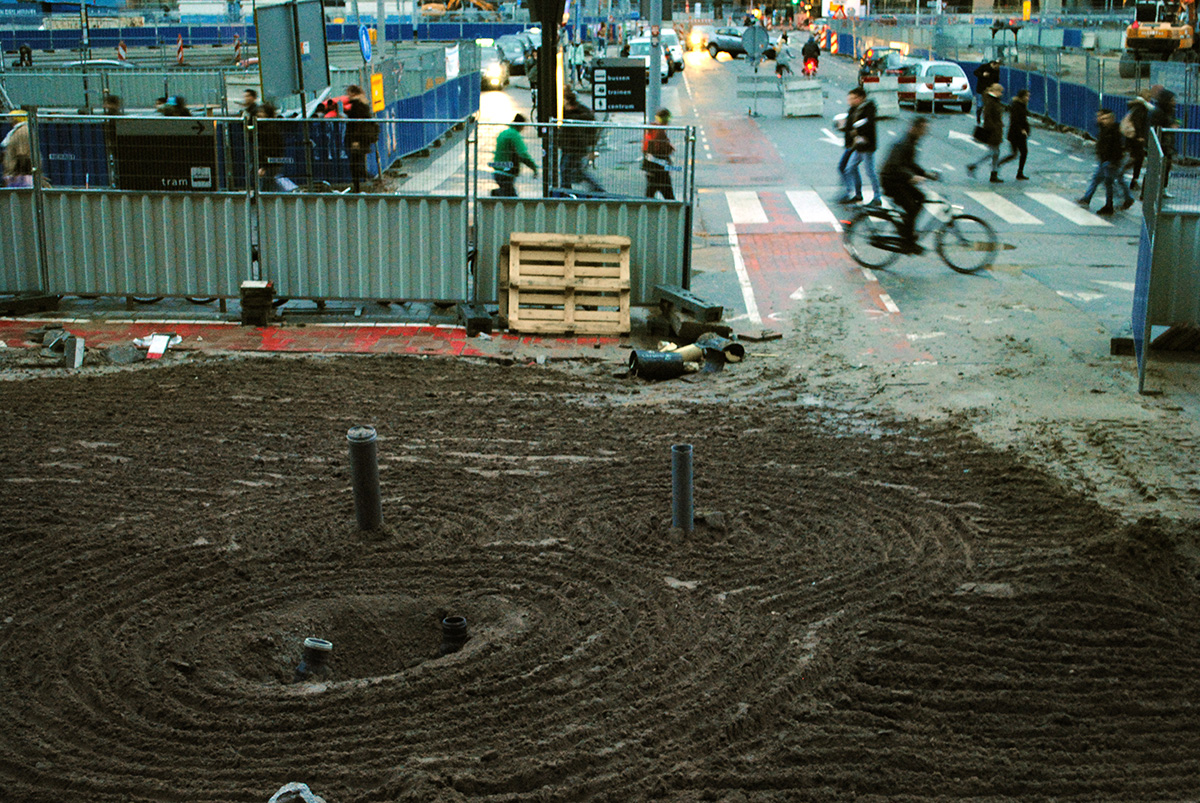 Short sequences of the documentation: 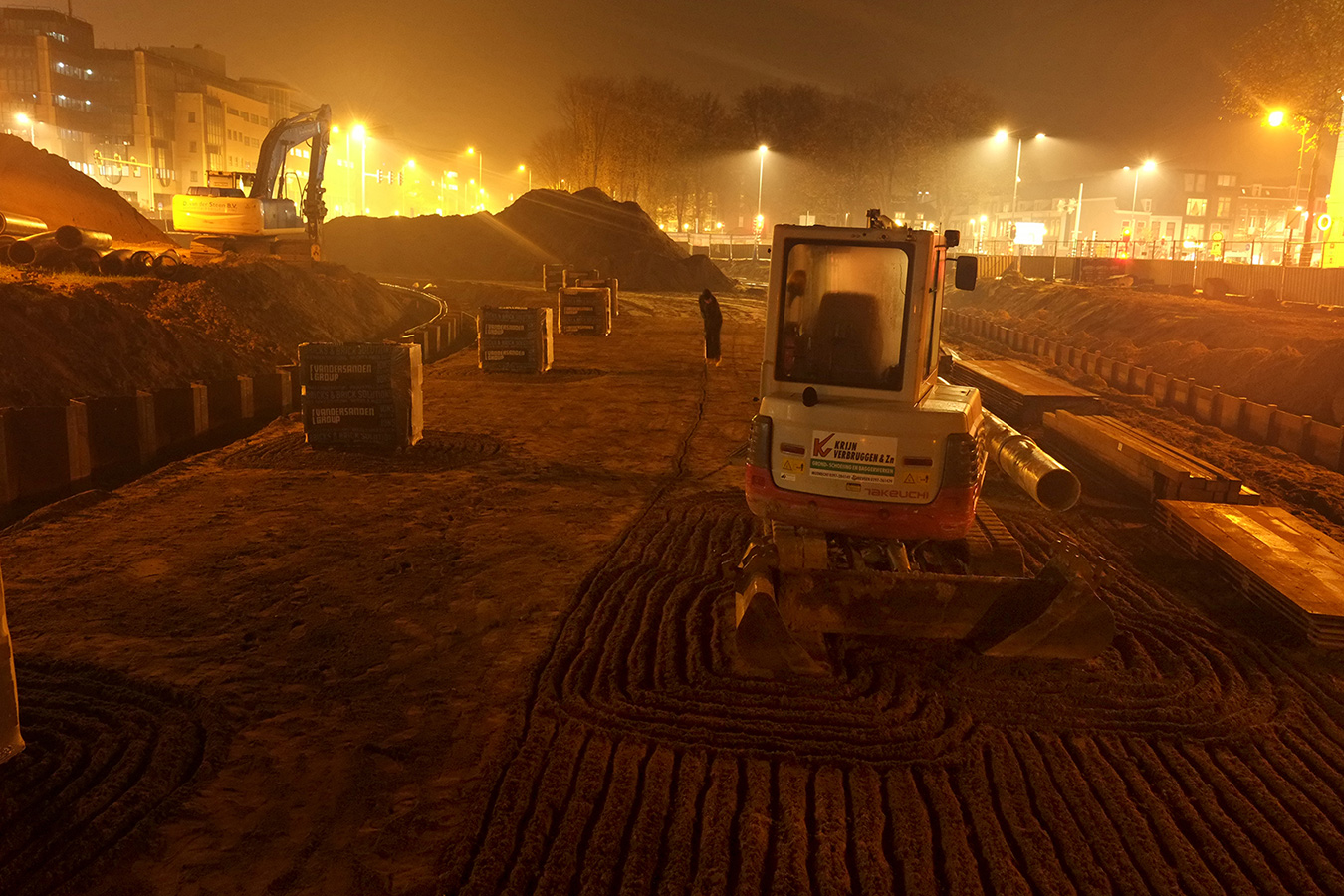 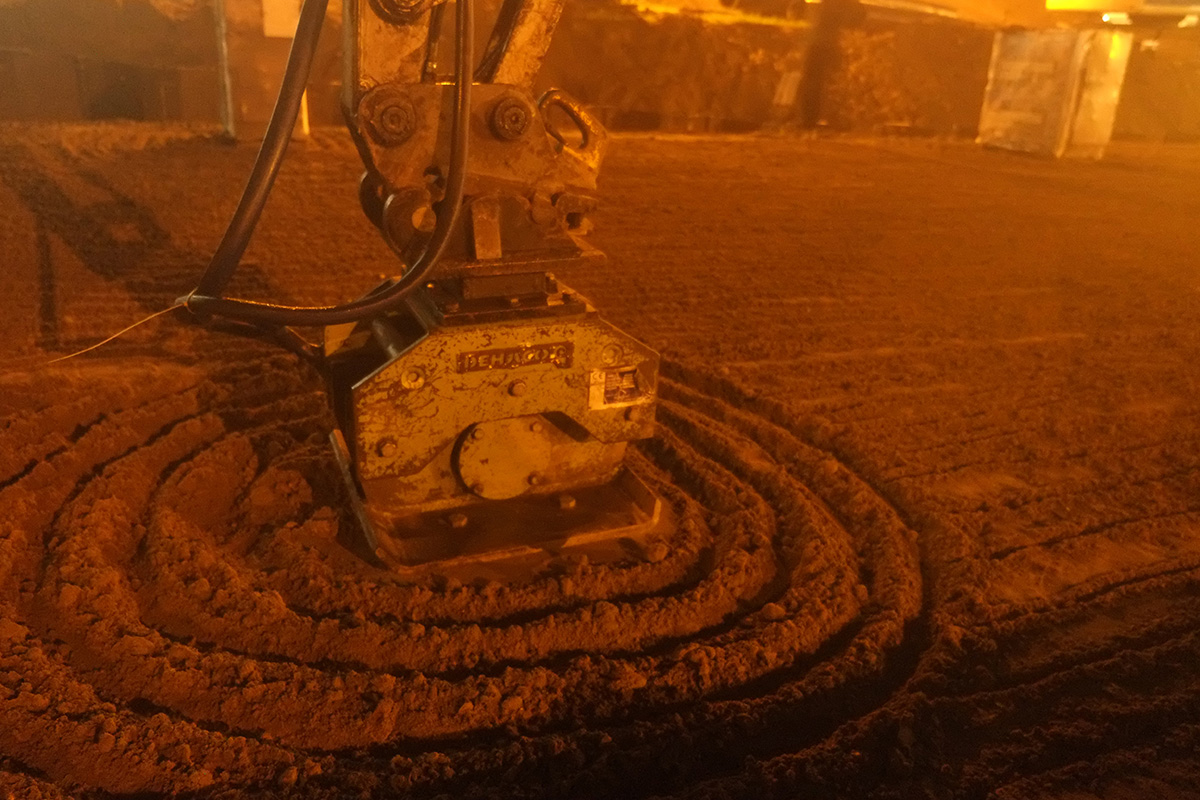